Prof Herman Wasserman says social science cannot claim to represent the world if it only elevates the lived experience of a part of the world to the level of theory.

The University of Cape Town’s (UCT) Professor Herman Wasserman has received two honours from the International Communication Association (ICA), the world’s largest academic association for those engaged in the broad discipline of communication.

The first honour is his recent election as an ICA Fellow. Wasserman, who is the director of UCT’s Centre for Film and Media Studies (CFMS), is the first person working at an African university to have received this recognition.

According to the association’s website, fellow status “is primarily a recognition of distinguished scholarly contributions to the broad field of communication”. Candidates are nominated by ICA members and only upon receiving a majority “yes” vote from other fellows and approval from the board of directors, do they achieve this status.

“This is a highlight of my career,” said Wasserman.

He described the ICA, which has over 6 000 members in 80 countries, as an “intellectual home” of many years and as a “vibrant and interesting community of scholars” from whom he has learnt a lot. Wasserman added that the list of fellows includes many leaders in the field who he admires.

“It almost seems too good to be true to think that my scholarship is counted as worthy of such a distinction,” he said. “It does give me some reassurance that I have not been a complete imposter!”

Wasserman added that the recognition was about more than his own work. It is, he said, a signal that “scholarship from the Global South is recognised as having something important to say for the discipline and considered not only as applications of Northern theory or case studies to illustrate ideas imported from elsewhere”.

Further, Wasserman hopes that his election as fellow will inspire other Global South scholars to “hold their own as interlocutors at the highest levels of scholarship”.

The second honour Wasserman received from the ICA is his appointment as the editor of Annals of the International Communication Association, a peer-reviewed quarterly journal that publishes key research from across the association. Wasserman had served as associate editor of the journal for a few years.

One of the editions he worked on was a special issue called “Decolonizing Communication Studies: A View from the Global South”. He asked scholars from Global South institutions to offer their perspectives on areas such as intercultural communication, environmental communication and feminist scholarship.

“In doing this, I tried to show that if we truly want to internationalise and ‘de-westernise’ the field – efforts that have been ongoing for more than a decade – we have to move from just including diverse perspectives … to a position where we do the difficult, critical work of engaging the foundational theories, concepts and assumptions upon which the field has been built,” he said. 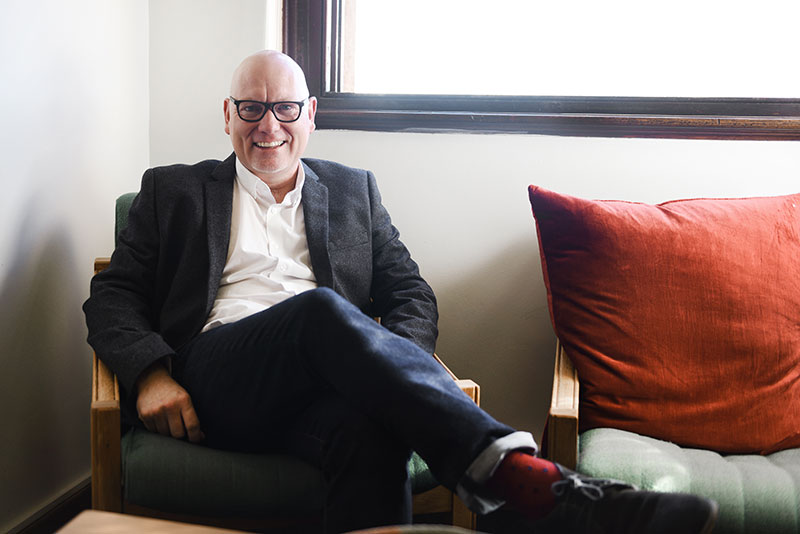 Prof Herman Wasserman is grateful for the trust that the ICA has placed in him to take over the role as editor of the Annals.

Among Wasserman’s many goals for his tenure as editor, which begins in August 2020, are his plans to continue this work and that of his predecessor, Professor David Ewoldsen from Michigan State University, who has done a great deal of work on increasing the diversity of voices, among others. Wasserman also hopes to draw on the insights, advice and conversations from his peers because academic work “is positioned in a network of colleagues and scholars and located in our wider histories and locations”.

An opportunity to do so presented itself in the form of an ICA regional conference in Africa. A successful bid would have seen UCT host the conference in November 2020 but, due to the COVID-19 pandemic, it has been postponed to next year.

“This will be an exciting opportunity to draw together colleagues from the continent to engage with our field in new and groundbreaking ways,” said Wasserman.

In addition to his new role as editor of the Annals, Wasserman also serves as editor-in-chief of African Journalism Studies, associate editor of Communication Theory and International Communication Gazette and on the boards of 12 other journals.

He juggles these roles alongside his teaching, research, editing and administrative work, of which he has a fair share as director of CFMS. And then there are also the regular columns and articles he writes for media outlets as part of his responsibility to “engage in public intellectualism”.

Asked how he manages to do it all, Wasserman answered: “I think the goal is to see these different aspects as complementary rather than in tension, so that the one informs the other.”

He added that the challenge for academics is to “live ‘the life of the mind’ – to borrow from German-American philosopher and political theorist Hannah Arendt – in a way that connects and integrates our search for knowledge with our search for meaning”.

“And to find the latter, we have to slow down, contemplate what it means to ‘be in the world’ ethically, as a colleague, a citizen, a friend, a partner, a parent, and so on. I am still figuring it out!” he said.